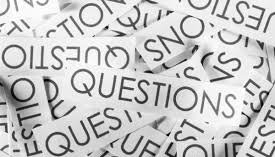 I was working with a couple of reps. last week helping them prepare for a very important onsite demo with a large prospect. They had smartly scheduled a call with an IT influencer to make sure they had their presentation and demo all buttoned up.

The sales reps. were a bit concerned going into the call that the IT influencer might not be on their team and they were going in a bit guarded in their approach and wanted to keep their cards close to the vest. As the meeting progressed, the sales reps. became more bold in their questioning and to everyone's surprise, the prospect gave us insight and information we never expected to get. He shared not only the names and titles of everyone that would be in the meeting, but also who the three key stakeholders were and what was in it for them. He shared why the last implementation had failed and the concerns about deploying a new system. He even told us who our two competitors were, not the two we thought they were!